Kate was born in Burbank, CA on October 18th, 1976 to Donna and Victor Gates. She spent her younger years in sunny southern California until her family landed in Phoenix, AZ at the start of her high school years. She went to high school in Phoenix and graduated from Arizona State University with a degree in Social Work.

How did a girl that had never seen a snowflake end up in Wisconsin, you ask? She received a grant to attend the University of Wisconsin to get her Masters in Social Work. She moved up to Madison a year before her program started to establish residency. However, in between her moving and her program starting, the funding for her grant got cut. Stuck in Wisconsin, shoveling in limbo, she ended up getting her dream job as a Special Needs Adoption Social Worker with Lutheran Social Services, which kept her in Madison. She adapted well to the Wisconsin life, attending Badger football games, Brewers baseball games, Packers football games...you would almost think she was born and raised here, until you saw her operate a snow blower....not pretty.

She eventually started dating Al Falaschi, founding member of Phat Phunktion. After three years of dating, Al finally popped the big question on July 11th, 2006 (for additional laughter, read the engagement story). For one week, Kate and Al were on top of the world. Life could not be better. On July 18th, 2006, Kate went to hospital for a colonoscopy and would receive news that, at age 29, she had been diagnosed with colon cancer... Stage IV colon cancer to be exact. She would immediately begin chemotherapy. Initially, chemo had a very positive effect. The cancer had reduced by 75%. She had surgery in February of 2007 to remove the diseased part of her colon and to oblate sections of her liver that still had disease. She fully recovered and was dancing up a storm at her wedding on June 1st, 2007. After she returned from her honeymoon, she immediately began more chemo treatment.

Kate went through a myriad of different types of chemo treatments. Each treatment would initially have positive results, but then would show declining success. Kate never lost faith and hope. She refused to let it show, and discouraged people giving her the "sad puppy face."

Trips to visit family in California over the holidays, a birthday trip to Las Vegas, Brewers spring training in Arizona... Kate kept living life to the fullest even though cancer was causing her more pain, day by day... pain that would debilitate most people. Kate fought through and continued to do adoption social work. She led the charge in organizing multiple teams for the UW Paul C. Carbone Cancer Center's "Bowlin' for Colons" fundraiser. Her team was aptly named "The Semi Colons."

She met with the UW Cancer Center to start a new clinical trial treatment in March. They had scheduled her to start in May. Unfortunately, before she could start the treatment, the cancer had taken over almost 75% of her liver. The treatment could not be administered, and the doctors gave her weeks to live. Even in the moment of receiving this news, Kate wept for a short moment, then begin living again, socializing and joking around with all the friends and family that had gathered in her room.

Kate's final wish was to be home. With the help of hospice care, she was transferred to her house, where peacefully rested until she passed on May 6th, 2009 with a large gathering of family and friends by her side.

Kate was an organizer and a leader. When she believed in a cause, she attacked it full throttle. Before her passing, she asked friends to organize a memorial concert for her if she ended up losing her battle with cancer.

"Funk Out Cancer" was organized to fulfill her wish. After a successful 2009 Funk Out Cancer event, we have decided to do it again and again.

Madison: Catherine “Kate” Falaschi, age 32, passed away peacefully at home, following a long, courageous fight against colon cancer, on Wednesday, May 6, 2009, with her loving family and friends by her side. Kate was born on October 18, 1976, the daughter of Victor and Donna (McCannel) Gates in Burbank, CA. She graduated with a BS degree from Arizona State. She moved to Madison, WI in 2001 to pursue graduate studies at the UW. She was united in marriage to Alfred “Al” Falaschi on June 1, 2007 at the Monona Terrace. Kate was a “Giver” and impacted the lives of so many, especially children. Her devotion to special needs children and adoptions with Lutheran Social Services was her life passion. Kate was an extremely organized person and a very social person, and had many interests that included travel, scrapbooking, camping 80’s music, reading books, baseball and her Camaro. She was taken from her family and friends at a very early age, but Kate’s memories will live on in each and every one of the lives that she touched. Kate is survived by her husband Al, her parents; Victor and Donna Gates, her sister Victoria Bartoli, brother; Robert Gates, nephew; Nicolas, and her four-legged baby, Onyx. She was preceded in death by her grammie, Dove McCannel. A Celebration of Kate’s life will be held at 3:00 pm on Saturday, May 9, 2009 at CRESS FUNERAL HOME, 3610 Speedway Rd., Madison, with a visitation from 2:00 pm until the time of service. In lieu of flowers the family suggests that memorial contributions may be made to benefit cancer research at the UW Paul P. Carbone Comprehensive Cancer Center, 600 Highland Ave., Madison, WI 53792. The family would like to thank the Pallative Care Team at UW Hospital, UW Oncology, HospiceCare Inc, and the Dean Oncology Nurses for their loving and compassionate care. 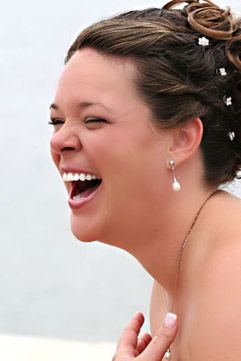 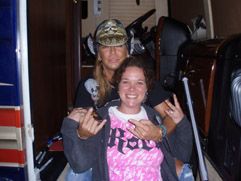 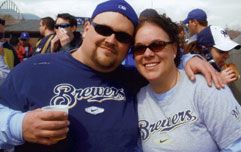 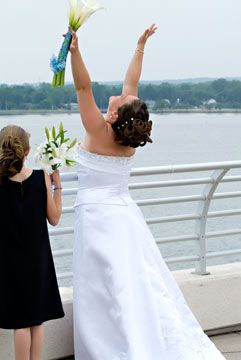